Our next stop was a visit to the Hyperion for the Aladdin Musical. They had flying carpets, elephants and all sorts: 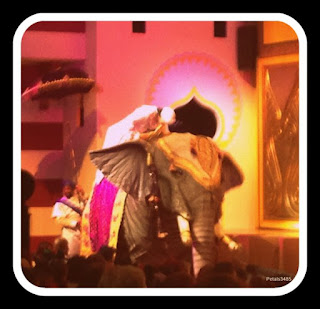 After Aladdin we decided it was time for a quick stop at Monstropolis: 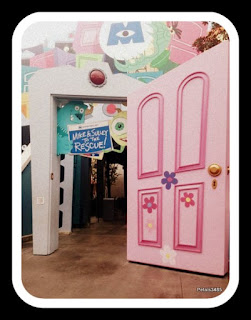 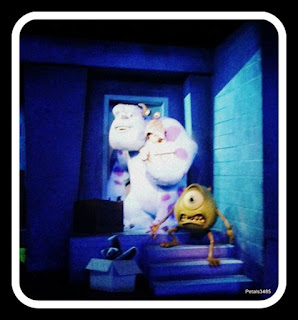 Next we headed back to and we spotted the ringers out so stopped to watch for a while: 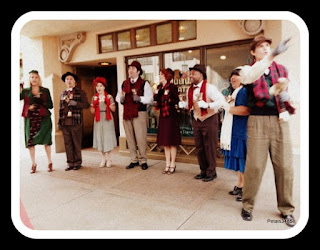 We spotted two Chipmunks coming out for a meet and greet so went to say hello to them next: 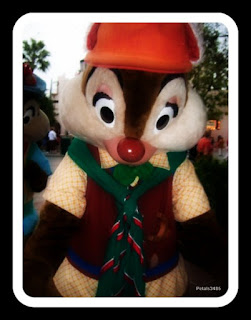 Then it was time for a snack so we popped in Fiddler, Fifer and Practical Café where my trip buddy got some tea and a lemon cake. Look at those yummies: 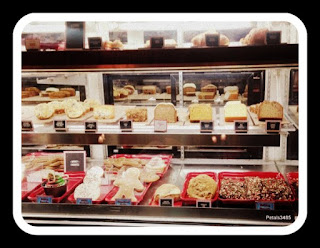 I popped outside though and got a Mickey Elf Popcorn bucket and wow there was a lot of Popcorn in him: 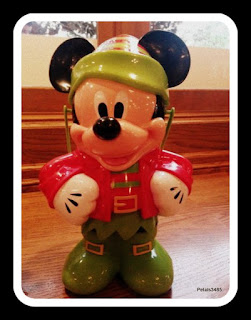 When my trip buddy had finished her tea we headed outside to get a spot for the Christmas tree lighting and caught the end of the Red Car Trolley Newsboys show: 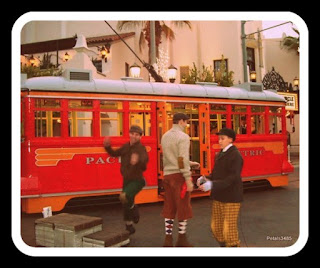 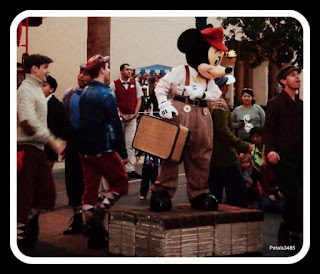 Afterwards it was time for the Christmas tree lighting with Pluto, Goofy and the citizens of . They had a Christmas sing song before they lit the tree: 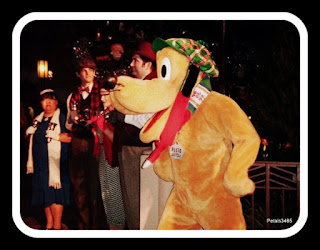 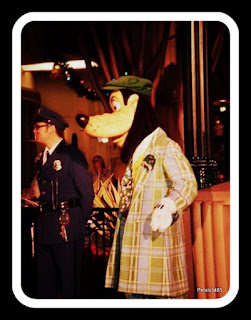 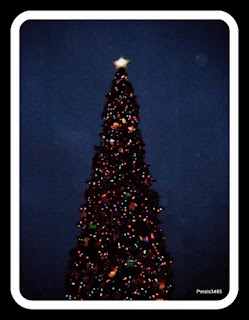 We pretty much stayed where we were after the tree was lit up because it was now time for the Pixar Play Parade: 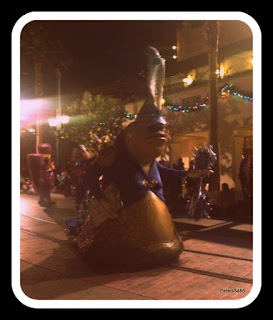 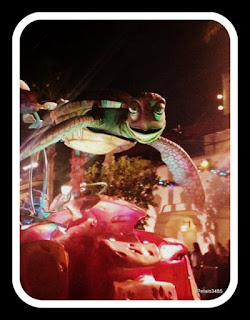 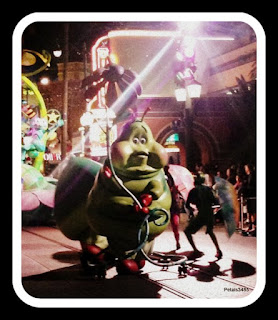 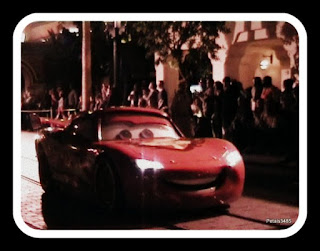 It was a fun parade and once it was over we headed back to Radiator Springs to see it all lit up at night time: 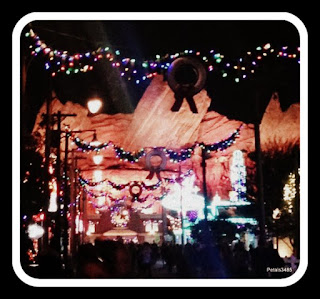 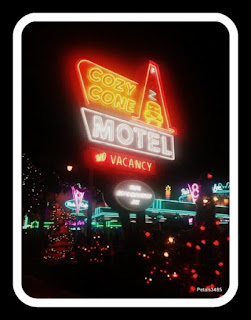 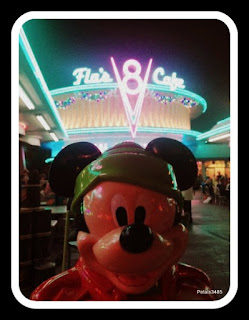 We spotted Red out doing meet and greets so went over for photos with him as well: 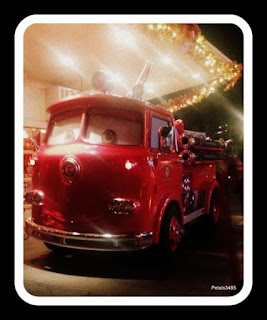 Then it was time to head to Pier again to wait for World of Colour. We stopped on the way to ask a CM where the best place to stand for World of Colour was and she suggested the bridge itself and she told us to wait by a nearby pin station because when queuing would be starting. So we went to wait and got one of these guys to try while we waited: 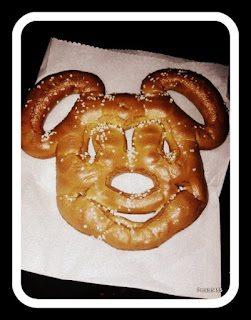 The queuing for World of Colour seemed highly unorganised. While we were waiting three separate queues had started as every CM seemed to tell people to stand someplace different. Then a more official looking CM in a suit came along and started a proper queue and loads of people who were behind us suddenly jumped ahead of us. At this point my trip buddy had had enough so complained to the official looking guy who just smirked at her and said he could guarantee that the people in front would all run down the steps while we wanted to go up on the bridge. Soon enough they did start letting people into the different areas and we just about managed to get a spot on the bridge. A memory game called Mickey’s Fun Wheel Challenge started up shortly after and you could use park wifi to play along. This was my best score: 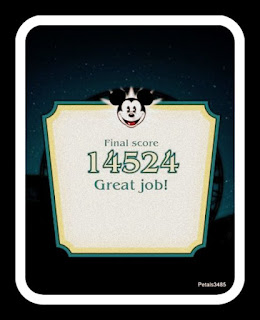 Once the Fun Wheel Challenge was over it was time for the main event the World of Colour Winter Dreams: 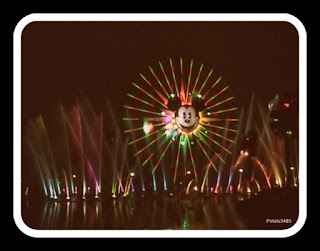 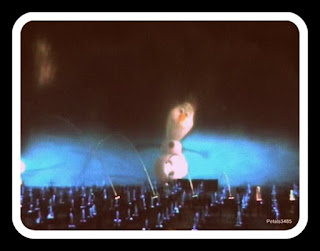 It was a fabulous show with water projections, lights, fire and even a sing along section: 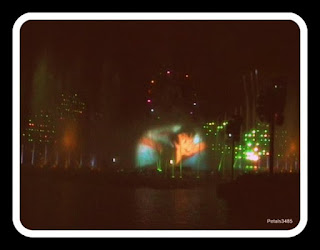 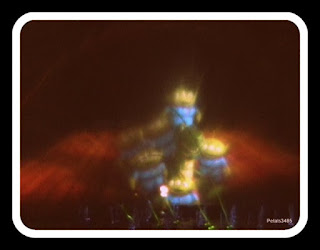 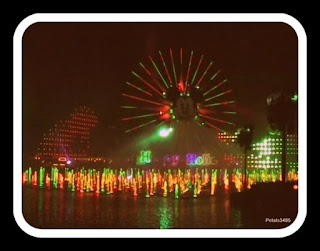 Once World of Colour was over it was time to say goodnight to Adventure and head back to the hotel: 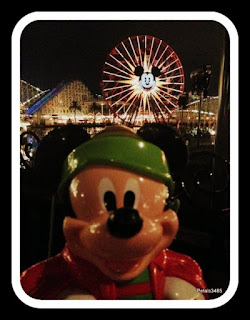