Back to L.A. for Movie Star Homes!

For today we had booked the L.A. Movie Stars Homes and Warner Brothers Studios tour with the Anaheim Tour Company. Our guide arrived bright and early at 8.30 and we were pleasantly surprised to find we were the only two on the tour. Our guides name was Rick and first thing he asked was what our interests were so of course I said Disney!  When we got into we were a bit ahead of schedule so he drove into this little graveyard to show us. It was a bit bizarre because outside the gates was really busy with traffic and streets full of people and then he drove into this quiet, calm place in the middle of all the hustle and bustle. He pointed out some of the stars graves and crypts; the one with the red flowers is apparently where Marilyn Monroe was buried 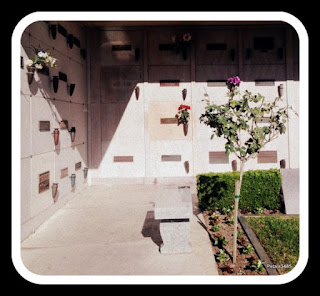 After our brief drive through the graveyard we headed to . You know you’re in the posh part of town when they have chandeliers for street lights: 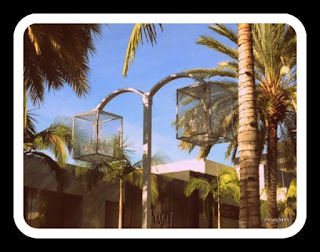 Our guide did say that these were just for Christmas but still! We wandered around for a bit, taking a few pictures as we went: 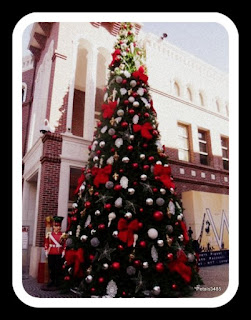 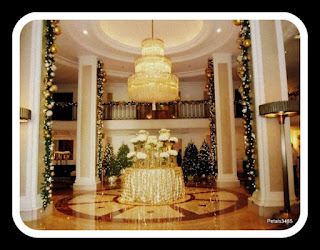 Once we were back in the tour van we headed off to see the Movie Star homes. Mostly it was Movie Star gates but still. As I had said earlier in the day I was a Disney fan our guide made sure to show us some Disney related homes. This one was the former home of Mr. Walt Disney: 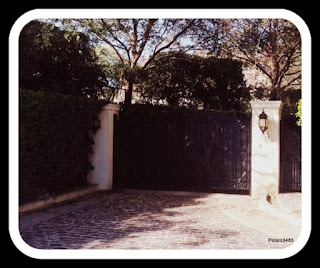 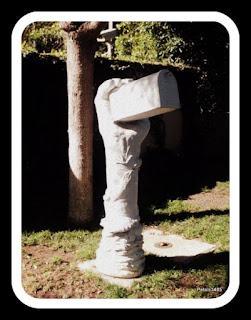 David Beckham’s house was up behind the trees. 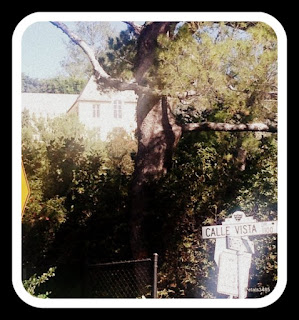 We also saw Christina Aguilera’s house which the guide said used to belong to Sharon and Ozzy Osbourne and was used in the T.V. Series they filmed for MTV. 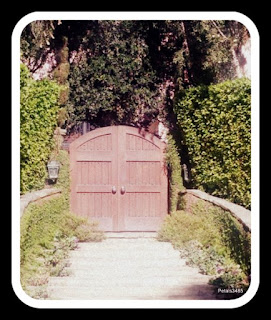 Next we headed to Greystone Manor, a massive mansion that has been used in several movies: 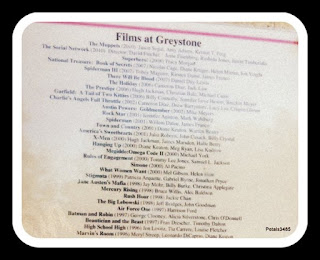 We wandered around the grounds for a bit taking in the mansion and the views. As we wandered the guide told us about some of the rooms in the house and what they were used for in what movies, like one of the rooms was for the pink balloons scene in the Witches of Eastwick: 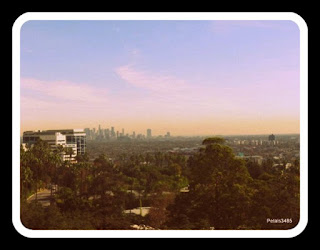 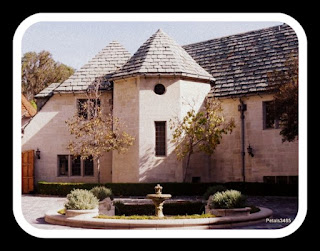 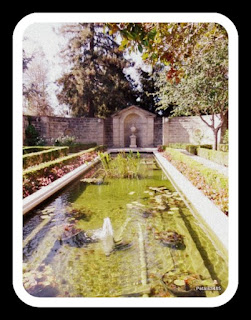 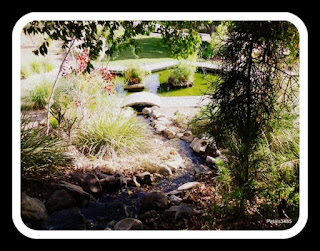 Our guide also said that the mansion was sometimes hired out for wedding receptions. Once we left Greystone Manor we headed back along Sunset Boulevard to our lunch stop which was going to be at Carney’s Rail Car, Sheldon from Big Bang Theory’s favourite restaurant. It was an old train car made into a take away place: 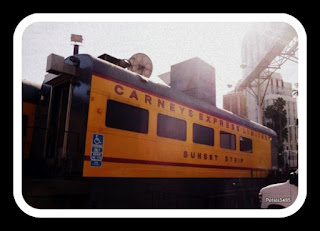 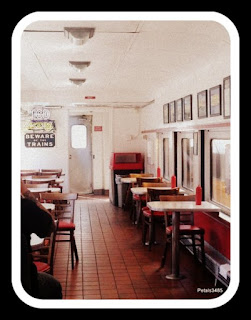 The food here was super yum as well. I got a cheese burger and chips: 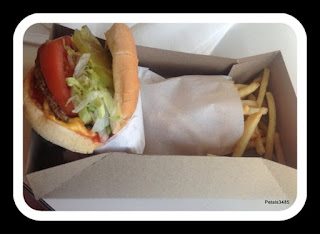 My trip buddy got sweet potato fries and a chicken apple sausage: 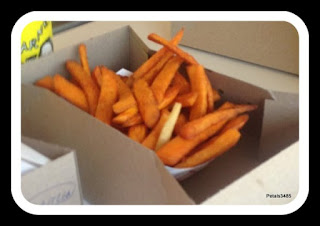 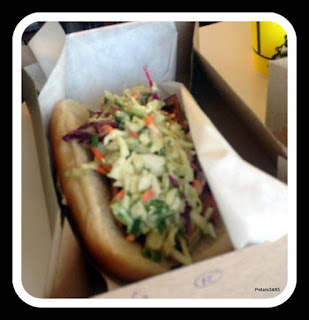 Once we were all fed we headed toward our next stop and the guide pointed out a few more movie homes and places as we went. The one on the hills was used in the X-Men and Charlie’s Angels movies: 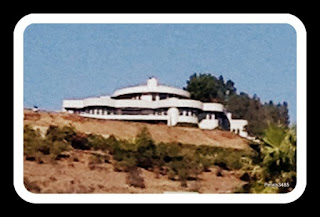 Next we had a short stop on the Walk of Fame. It was only 30 minutes which we felt if it had have been our first time there would not have been long enough as unless we knew where the stars were that we wanted to see and things like that we wouldn’t have found them in that amount of time. As we had been there before though we weren’t to worried about that so we headed to Disney Soda Fountain to get some Pin Trader Delight Sundae’s. We had a little time left after our ice-creams so just wandered around reading names of the stars and browsing shops: 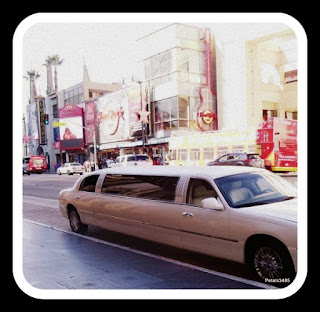 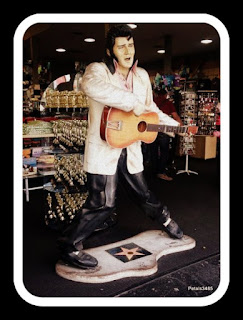 After our quick browse we headed back to the tour van and towards our next stop.