So our next stop along the pier was in front of the Bayside Brews. I had read online somewhere that this was a good place to stand for Disney’s Viva Navidad. We weren’t there very long when a burst of colour, song and dance erupted on the street: 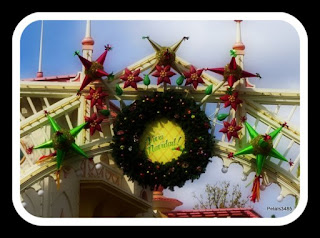 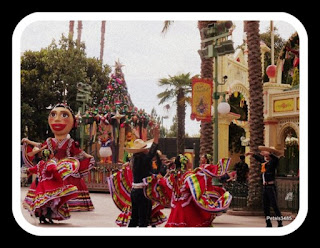 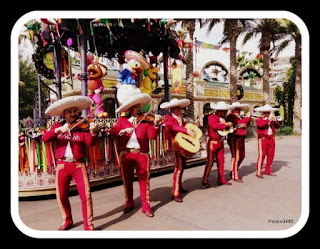 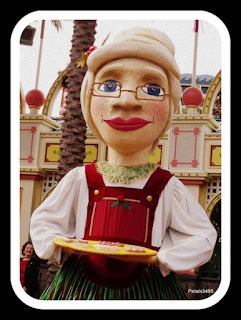 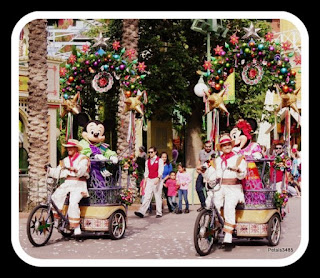 When that was over we headed back along the pier and had another go at the “Goofy about Fishing” game. The CM was a lot friendlier this time. I won a pink fish this time and he said I shouldn’t believe anything the fish says because it’s a “lion fish.” 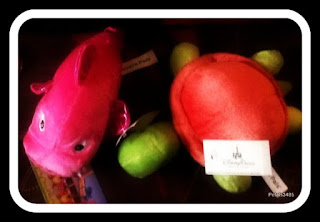 We spotted the Green Army Men out doing a show as well: 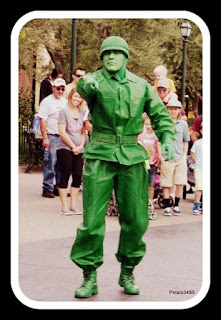 Next we took a trip down Route 66 straight into Radiator Springs. The whole area was awesome; it looked like you had stepped into the Cars Movie. 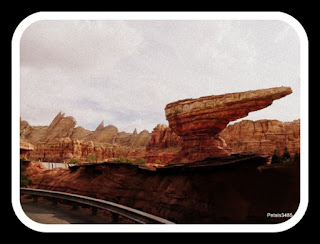 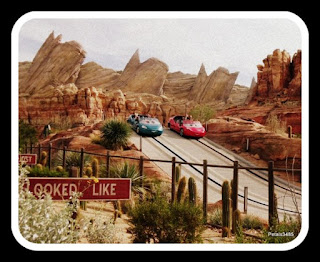 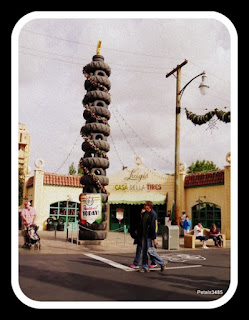 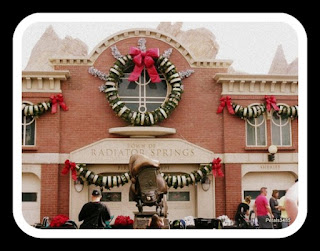 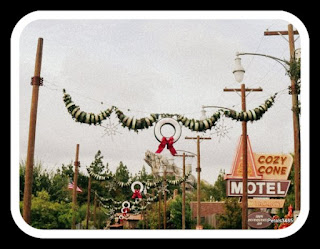 My trip buddy wasn’t buying into the whole Cars thing so went to phone home while I went on Radiator Spring Racers: 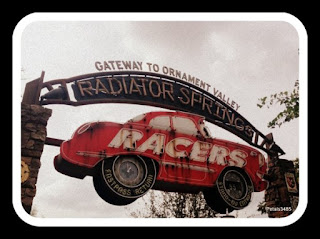 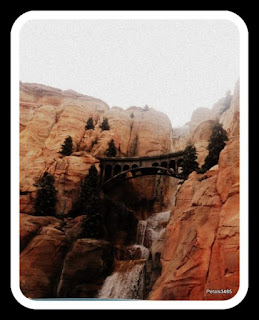 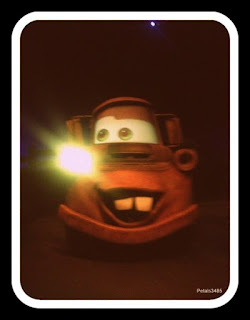 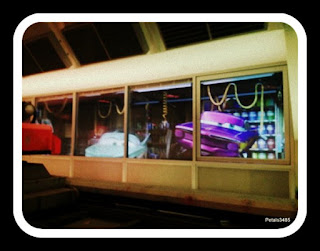 At the end of the race they announced that my car won as well!!! After the excitement of the race we decided to just take a stroll through some of the shops: 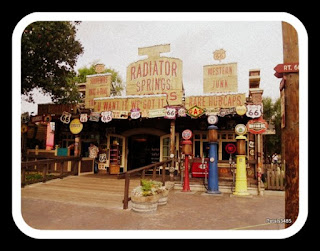 They had some pretty cute Christmas decorations for sale: 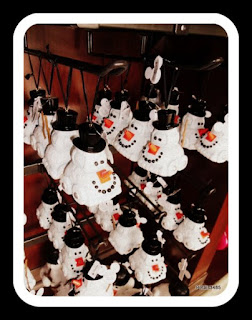 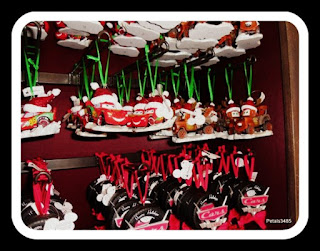 We spent a while longer in Carsland just taking in the scenery and stopping for photos every so often. It really was fantastically themed: 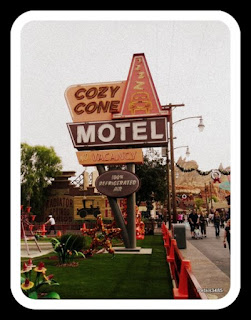 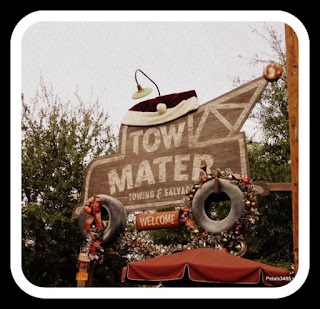 Even the Christmas trees had Cars on them: 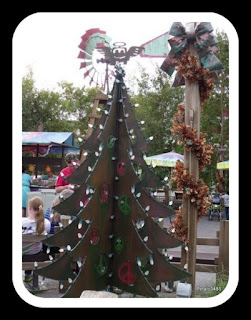 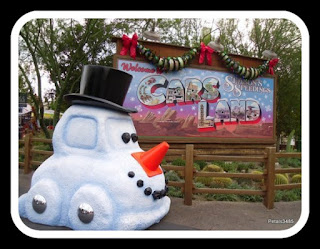 Eventually we decided to head over to Bugs land for a while. Another very well themed area in the park. Everything is giant sized here to make you feel like you’ve been shrunk to the size of a bug: 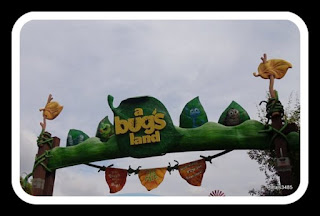 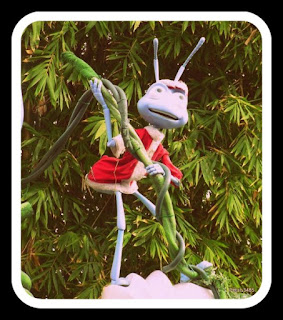 I loved the lollipop stick benches: 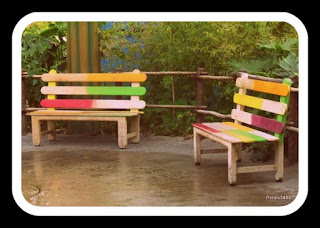 Tower of terror off in the distance: 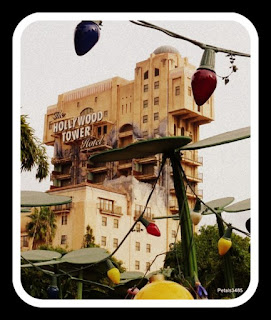 Loved the bugs stuck to lollipops as lights as well: 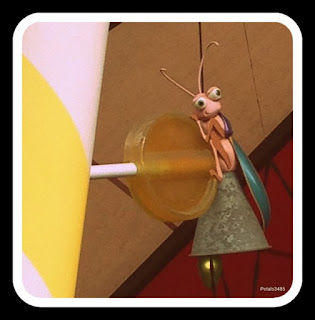 We took a quick ride on Heimlich chew train before heading to the next show: 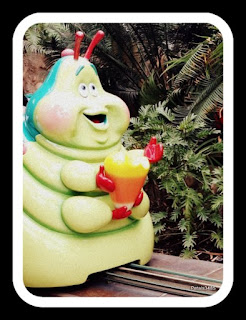