It's Christmas season in Disneyland!

Once we finished at the we headed to Critter Country. We were in line for the Winnie the Pooh ride when it broke down so everyone started to leave the queue. We didn’t really have anywhere to be so we waited and it wasn’t long before they had the ride working again. 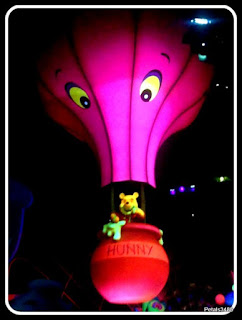 Once we finished the ride we went in to Pooh's corner to explore the shop: 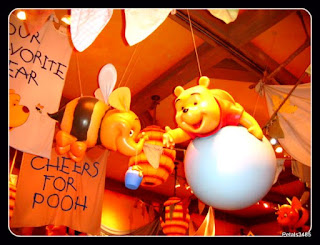 Lookie all the yummies: 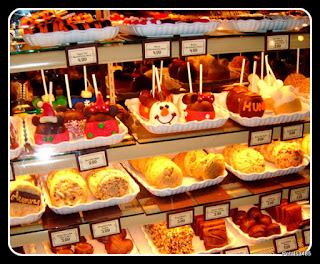 I got us two of the holiday dipped marshmallows. 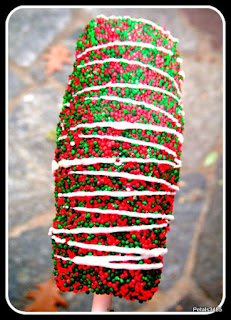 They were yum but very heavy. It was marshmallow dipped in caramel, dipped in chocolate and covered in peppermint sprinkles. While we were eating the treats I explored the area a little bit taking pictures: 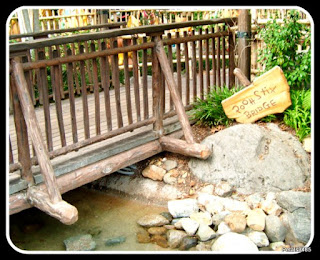 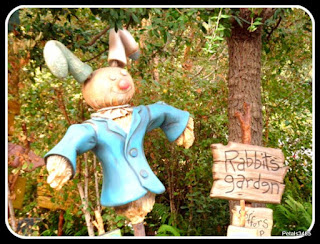 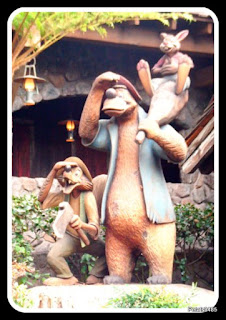 Then I spotted some Hundred Aker Wood friends so went to meet them. They were all done up in their Santa hats as well: 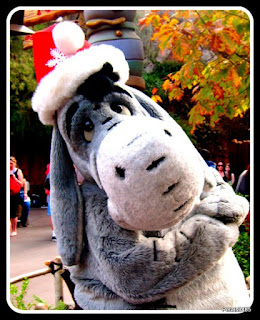 After meeting the Hundred Aker Woods friends we headed back towards Frontierland  and spotted Jack Skellington on the way so I went to meet him. He was really funny. He asked if I was having a good day and I said yes which he said was awful. 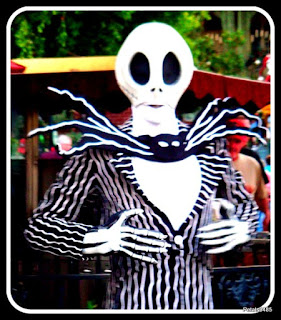 Next we  took a quick trip on the ship. 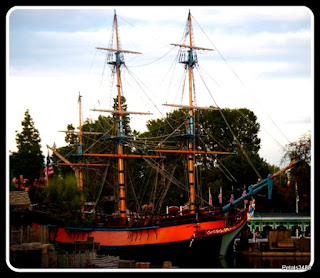 We saw lots of Indians and Moose and stuff: 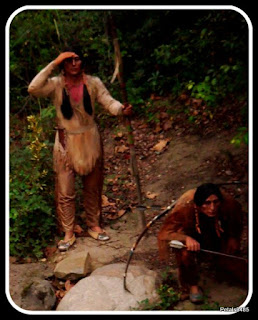 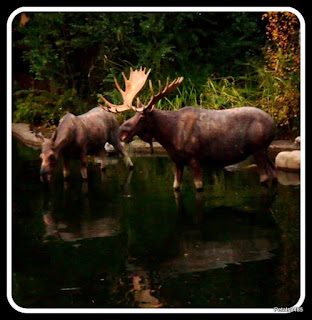 But then I spotted this: 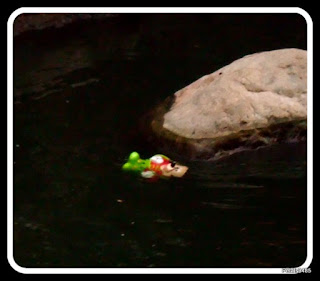 The poor Mickey Elf  was drowning.  Once we got off the it was about time to head towards Small World and get a spot for the parade. We passed : 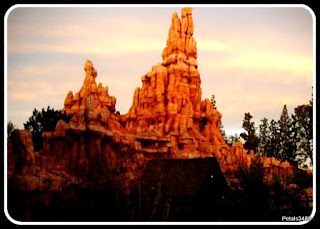 and across from it we spotted one of the Disney Cats, they have a bunch of cats living in the parks there to keep down the rodent population apparently. 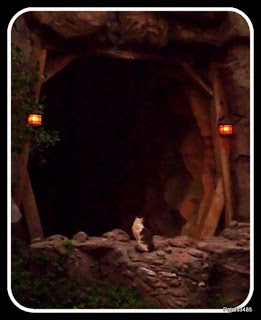 We got a spot for the parade across from Small World so we could watch it light up as well. It lit up at about 5.15 with no big ceremony, just a bit of music and alot of pretty lights: 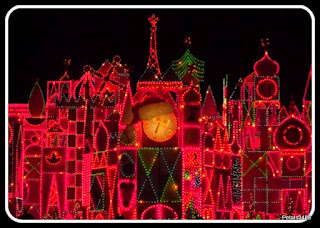 Soon it was time for the Christmas Fantasy parade: 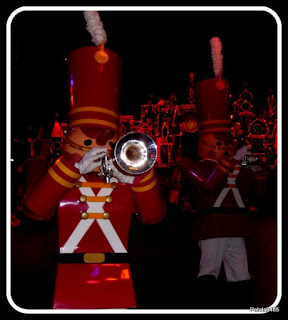 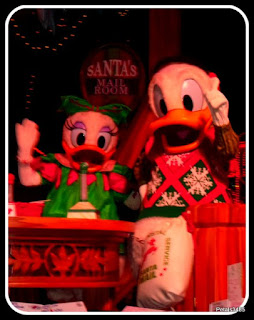 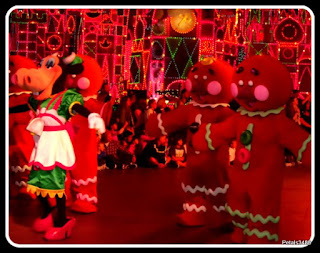 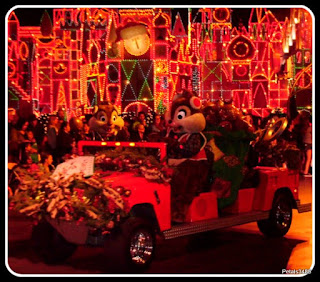 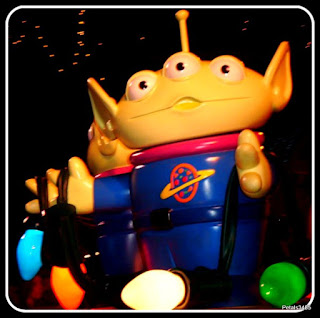 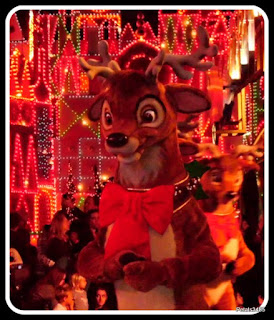 The parade ended with Santa who kept telling everyone how many days were left until Christmas day: 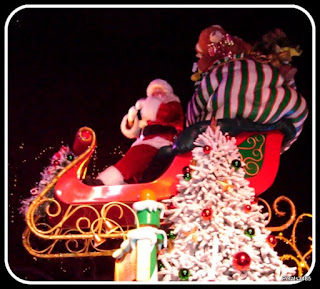 After the parade we headed to for food: Clickie. Once we were fed we headed towards the castle which was now all lit up! 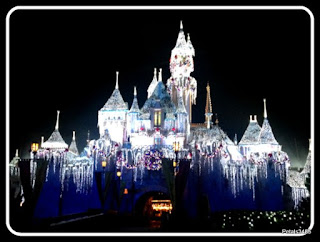 Soon after we got there the fireworks started and they were fabulous: 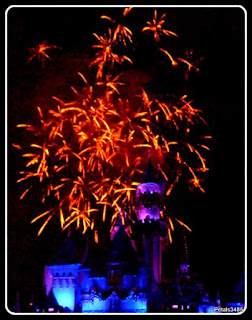 Once they were over we sat on a bench and waited for the crowd to clear a bit before we headed back down Main Street, taking pictures on the way: 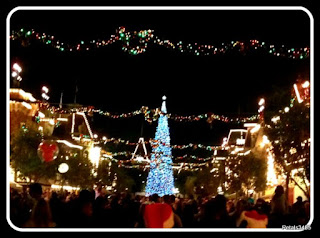 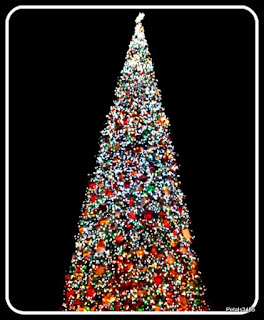 I found Copper and Todd: 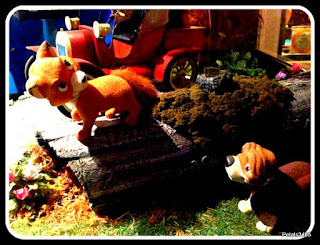 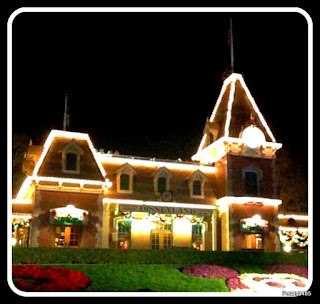 We stopped off in the supermarket for a few bits for breakfast the next morning before falling into our beds after a fun filled day in .
Posted by Petals3485 at 19:59