Breakfast with some Grizzly Bears

So what better way to start a Disney trip than to have breakfast with some characters. Our first breakfast was going to be in the Grand Californian hotel at the Storytellers breakfast. 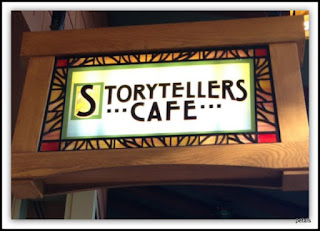 When we arrived at the Grand Californian they had just finished putting up their Christmas tree in their lobby: 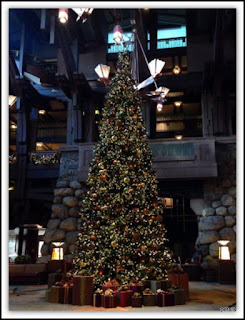 We checked in for our breakfast and admired the cowboy decor around the place while we waited: 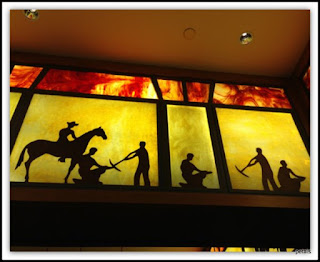 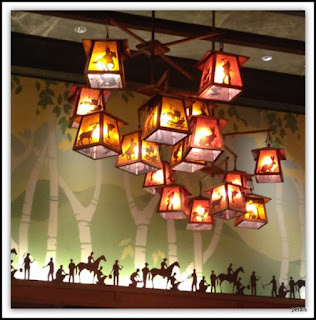 We were seated fairly quickly and since there was no sign of characters we just dropped our stuff and headed for the buffet. There was lots to choose from, eggs, sausages, pastries, fruit, cereal. My trip buddy and myself both got a selection of items before heading back to our table. These were my trip buddies two plates: 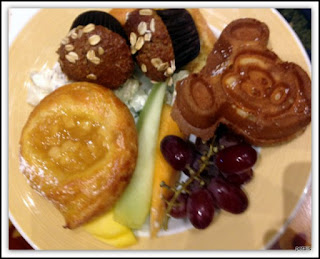 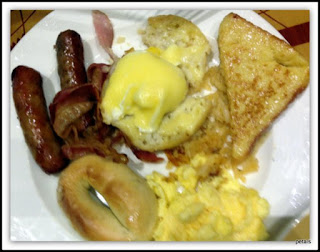 and these were mine: 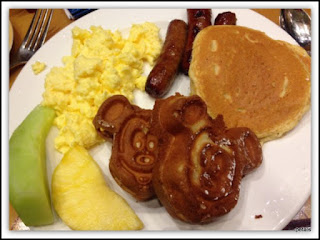 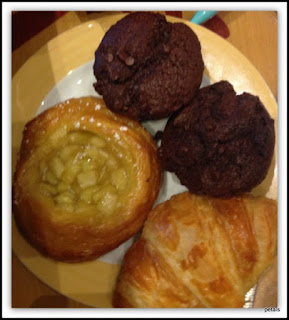 While we were at the buffet our server had been by the table and left orange juice for us. When we sat down he came back and asked if we wanted anything else. My trip buddy had her own tea bag and asked him for hot water for it so he obliged with that. Shortly after that it was announced that there was going to be a parade with the characters and children so still no characters coming to say hello! The parade didn't take long and then we finally managed to see our first character and one that was one of the two reasons I'd booked this breakfast... It was Kenai from Brother bear: 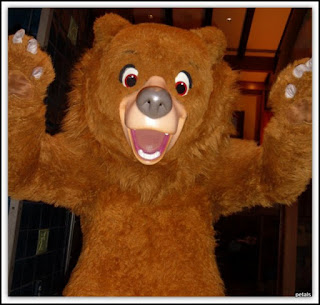 I love brother bear and have never seen the characters in the park but knew they were supposed to be at this breakfast and well I would have been happy without the food once I saw Kenai. We saw Kenai within the first fifteen minutes or so and the only other character I noticed wandering around was Dale, who of course came to say hello as well: 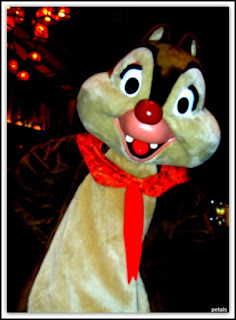 I was starting to get a bit concerned after another half an hour when we hadn’t seen any other characters and were nearly finished eating but I told my trip buddy I wasn’t leaving until I saw everyone I could see. I think we were at a bad side of the room though as a lot more activity seemed to be happening at the far side of the buffet. My trip buddy didn't mind waiting ordered more hot water for tea. Once the characters did start coming to our side of the buffet they came fast. The next one to arrive at our table was Koda, the second reason I booked this meal: 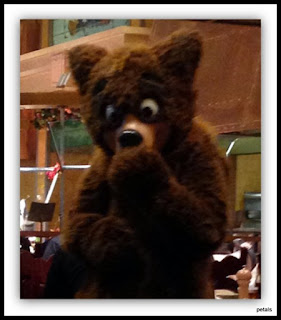 I was happy now it didn't matter who else I saw but Chip came over next… he didn’t really seem to want to stop at our table with no kids though but shoving a camera in his face seemed to work. 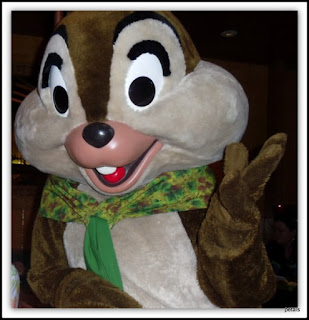 And just when we thought we were done I spotted Brer Fox. I haven’t seen him since I was ten! 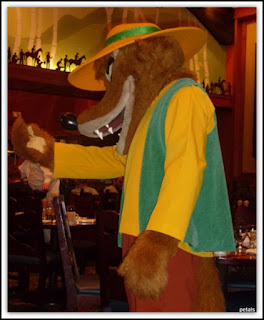 Overall I was delighted I had booked this breakfast. The food was good and plenty of choice. Yes it was more expensive because of the characters but was well worth it for the rarer characters like Kenai and Koda. I would definately recommend it to anyone heading to California's Disneyland